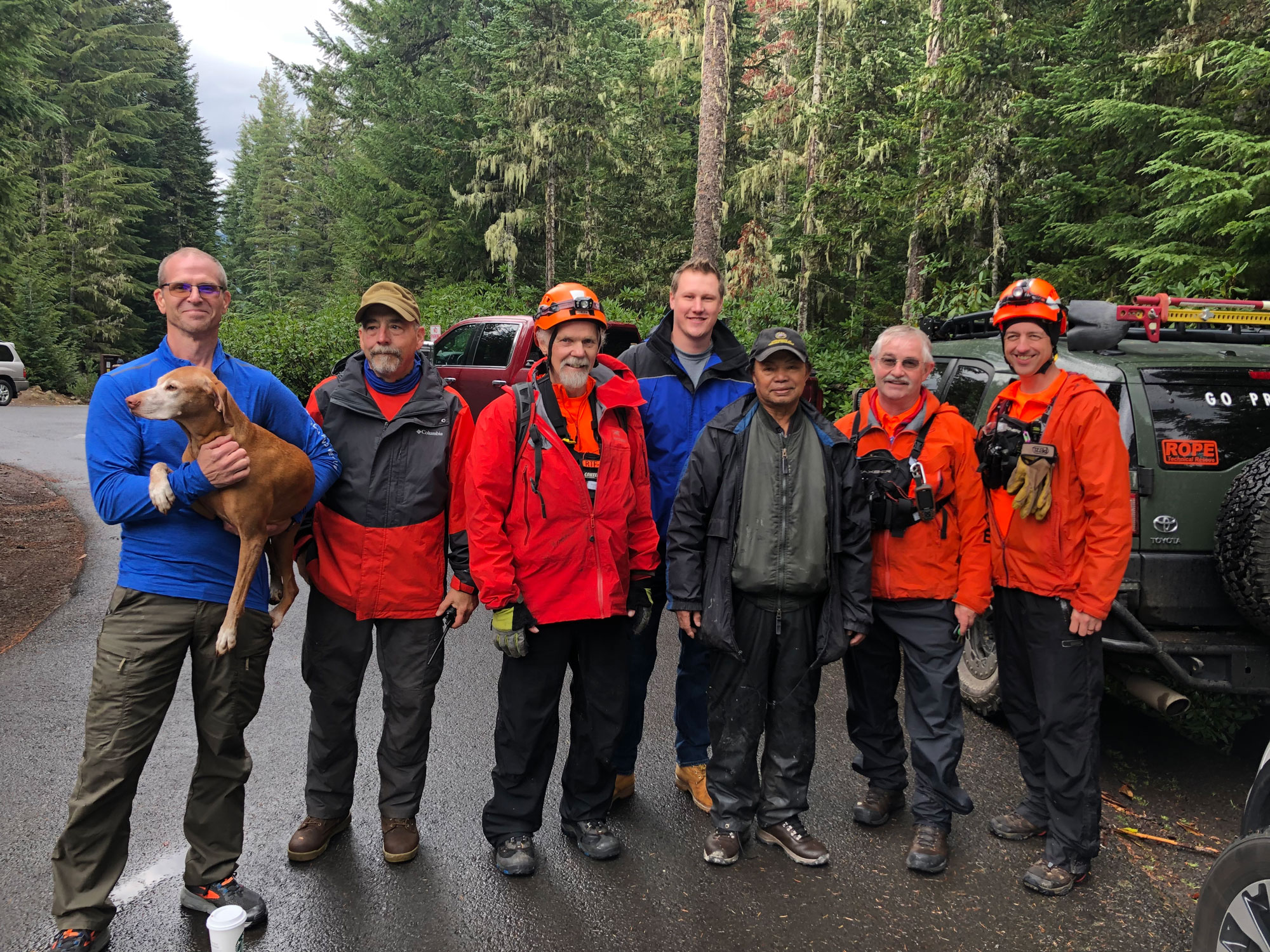 The Clackamas County Sheriff's Office led a search for a missing 80-year-old mushroom picker in the Trillium Lake area in the Mt. Hood National Forest. Several local volunteer groups participated in the search effort. The man was located safe this afternoon.

On Tuesday, Oct. 19, 2021, a 911 caller reported that an 80-year-old man -- Steven Souvannaraj, of Gresham -- had failed to return from a mushroom-picking trip in the Mt. Hood National Forest. He left for the trip around 8 a.m. on Monday, Oct. 18 in a white cargo van, and was last seen wearing a blue-and-black Columbia jacket and jeans.

Souvannaraj's van was located by family shortly after 4 p.m. on Oct. 19, about 4 miles up Sherar Burn Road. The subject's family lent a hand at the search command post -- cooperating with searchers and providing scent articles for use by K9 teams.

Search crews worked late into the night starting in the afternoon on Oct. 19, and re-deployed into the field at 7 a.m. this morning (Wednesday, Oct. 20). Four separate search teams were in the field by mid-morning, with at least four more teams set to deploy into the field later in the day.

Then, at 12:41 p.m., a lucky break: A passerby spotted Souvannaraj at a rock quarry in the Trillium Lake area, and reported it to CSAR ground searchers. CSAR medics evaluated Souvannaraj on scene and cleared him, and he walked with searchers to the command post to reunite with family members.

Rescuers learned Souvannaraj had become lost after engaging in a smaller rescue operation of his own. He told authorities he had guided another lost person out of the wilderness earlier -- but then had to go back into the woods to retrace his steps after losing his car keys. Only then did he become lost himself.

Photos from the search are attached -- including a photo of Mr. Souvannaraj with his rescuers at the conclusion of the search operation. (The person standing behind Mr. Souvannaraj in the blue jacket is the passerby who found him at the quarry.)

Thanks to everyone who participated in this successful mission.